How Did it Begin?

I Started playing golf 52 years ago at Minchinhampton Old Course, eventually running the Junior Section, playing for Gloucestershire Colts off a 2 hcp.

Turned Professional in 1976 travelling to Denmark to take up an assistants position at Fureso and Gilleleje, 2 clubs situated north of Copenhagen.
1978 -80 Became Head Pro at Korsor (west coast of Sjaelland) in 1978, staying for 3 years.
1981-88 Spent 8 years at Herning in Jutland where several Juniors eventually played for Denmark.
1989-2000 My last position was back at Gilleleje where I was Head Pro for 12 years again producing several internationals. However my teaching has covered the whole spectrum of beginners right through to single figure handicaps.
I served on the P.G.A. Committee of Denmark for 5 years as Cashier and on the Assistants Education Committee.
With my Wife Lene we ran the Pro Shop at the above courses and were members of Golf Gruppen Denmark, before joining Golfstore Sweden. This gave our shops a very high profile. 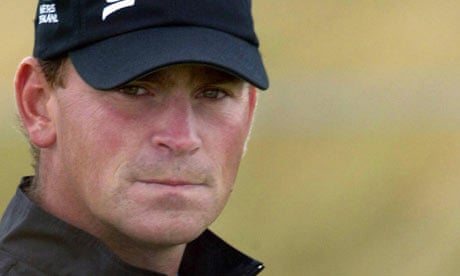 I taught Thomas Bjorn at a Danish Golf Union Junior Week get together.

Karina Orum is my step-daughter and the 1st Danish Lady Professional to play on the Womans European Tour, coming second twice behind Laura Davis, narrowly missing out on a Solheim Cup place.

Morten Backhausen won the British Amateur Strokeplay Championship at Dalmahoy in 1993 beating Lee Westwood in a playoff after a final round of 65.

After 25 years on the other side of the North Sea home was calling. I was able to join Minchinhampton Old Course as a freelance teacher in 2001 which enabled me to explore many areas of teaching and play a few tournaments.
.

From the 1st March 2005 I took up the position as 1st assistant to Chris Steele at the The Minchinhampton New Course, primarily working in the shop 4 days a week and measuring up players for their perfect set (custom fitting) and still teaching at Old Course on Fridays and Saturdays.
As of 2008 I became Head Professional at the Old Course giving lessons on most days and running the Club Shop which is stocked by Chris Steele from the New Course.
As of 2009 I have been selected as one of 7 Professional Coaches in the newly formed Gloucestershire Junior Academies.
2010 saw the opening of my Indoor Teaching Centre which has been very succesful with over 300 pupils swings being filmed on the Cswing analysis system (now recently changed to the latest GASP system with an e-book facility). Putting lessons can also be taken on the Tomi Professional Putting System analysis equipment.

I have given over 50,000 lessons in my career would you like the next lesson?.
ALL MY LESSONS START ON GRASS WHICH IS THE ONLY CORRECT WAY TO CHECK BODY ALIGNMENT BEFORE HAVING THE OPPORTUNITY TO CONTINUE THE LESSON IN MY NEWLY BUILT INDOOR TEACHING ACADEMY.
As of the 8th June 2011 I have been awarded the status of PGA Fellow Professional by the Professional Golfers` Association. I am of course very proud of this accolade and will do all in my power to honour this award.
2011 also saw my Book “30 Ways to Improve Your Golf” published.

MAY YOUR SWING GO WITH YOU & ENJOY YOUR GOLFING LIFE.

Login To Your Locker

After 18 years coaching at the OLD COURSE I have decided to Retire. I taken this decision with a heavy heart as I have really enjoyed every day at the Club. I will be finishing on the Saturday 31st August 2019. This will give time for any outstanding lessons to be taken. For the Friday & Saturday Lesson Bookings please contact 01453 832642. KEEP SWINGING Peter Dangerfield
toggle
Toogle Down